Take one of the most common intersections, for example, with a set of traffic lights in each of the four directions, east, west, south, and north 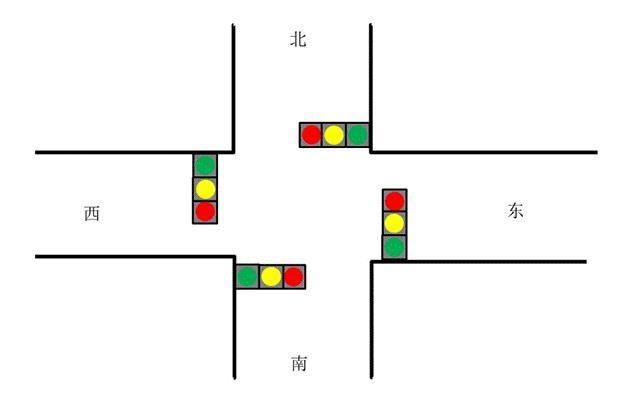 Intersection traffic lights, the most common traffic signal control logic is that when the north-south direction is passed, the east-west direction is not passed; when the east-west direction is passed, the north-south direction is not passed. If there is a lot of traffic at the intersection, it may be another set of control logic, such as only one direction is green at each moment, and the others are red. Most of the traffic lights seen in ordinary times are fixed with time, that is, the duration of red lights and green lights is fixed, and there are also non-fixed time, such as setting different configuration schemes according to the time period of the day, or according to different days of the week, and there will be dynamic adjustment of timing schemes according to the flow changes at intersections.

Third, why is the design of signal lights more and more complicated now?

Friends who have driven a car, especially novice drivers, are most afraid of passing through more complicated intersections. There are not only complex guiding lines on the road, but also special traffic lights at intersections, and there may be multiple sets of lights in one direction, such as straight lights, left turn lights, right turn lights, and even U-turn lights, in short, there will be various situations. On the surface, the types of these traffic signs seem complex, and different situations want to be taken differently to deal with. In fact, the change is not far from its origin, see the traffic lights as long as you follow the principle of "red light stop, green light line".

Why is the design of traffic lights becoming more and more complex now? It is because the traffic congestion in the city of major large and medium-sized cities in China is increasing, especially during the peak traffic period, if you still use simple control.

Then the traffic in the entire area may face a paralyzing situation, and a more appropriate signal control time and steering configuration scheme can more effectively improve traffic congestion.

Fourth, the embedded behind the traffic lights

Do you remember the experiments you did in those years to demonstrate traffic lights through timers + LED + digital tubes? Of course, such a simple demonstration scheme can certainly not meet the increasingly complex traffic scene environment, and how is the traffic light control in reality done?

The traffic signal control system is a separate system and is part of the signal light system of the entire region. It is a subsystem of signal control for intersections, pedestrian crossings, and ring entrances and exits in the urban road traffic management system, which mainly includes traffic engineering design, vehicle information acquisition, data transmission and processing, control model algorithm and simulation analysis, and optimization of control signal adjustment traffic flow. 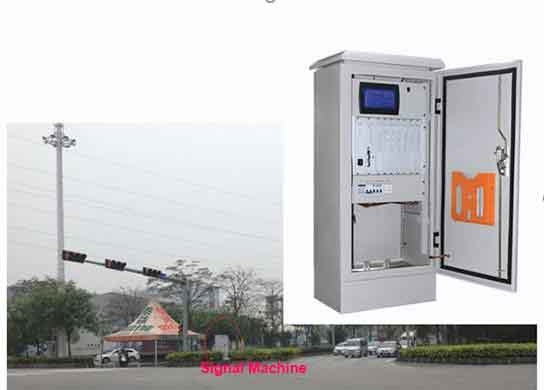 The traffic signal machine is internally controlled by a single-chip microcomputer or Linux processor, and there are serial ports, network ports, buttons, displays, indicator lights and other interfaces on the periphery. It seems uncomplicated, but because of its harsh working environment and the need to work continuously for many years, it has high requirements for product stability and quality. By retrieving the solutions provided by various embedded manufacturers for traffic signal machines, we simply sort out the working principle of traffic signal machines.

The above frame diagram is a good example of how the internal control system of the traffic signal machine works. According to the solution provided by Forlinx Embedded, the peripheral requirements of each interface connection are simply sorted out. Take Forlinx's embedded iMX6UL series core board as an example.

Fifth, what is a smart signal light? Is congestion solvable?

At the same time, the rapid development of the city and the improvement of residents' living standards have led to frequent municipal road reconstruction projects and a continuous increase in the number of motor vehicles, which have a huge impact on the characteristics of urban traffic distribution and pose challenges to how traffic signal control responds to these rapid changes.

With the deepening of China's urbanization and motorization process, the problem of traffic congestion has become increasingly prominent, which has become one of the main bottlenecks restricting urban development. Traditional solutions to alleviate traffic congestion, such as widening roads, increasing the density of the road network, establishing three-dimensional traffic, etc. are increasingly showing their limitations, with the development of the Internet of Things, big data, artificial intelligence, information technology, the transportation sector realizes that only the use of high-tech means can improve the increasingly serious traffic problems. Therefore, the "intelligent" transformation of road infrastructure has become an inevitable trend in the development of intelligent transportation. Traffic lights are an important means of urban traffic management and control, and the upgrade of the signal light control system will have great potential to alleviate traffic congestion.

Under the background of the rapid development of artificial intelligence technology, the intelligent traffic lights based on image processing and embedded systems came into being in the digital sorting and digital acquisition of road traffic facilities and equipment. It can perceive and collect relevant traffic data through multiple channels, and then use the "smart brain" analysis and judgment to calculate a more appropriate signal control time and steering configuration scheme, thereby effectively improving traffic congestion. 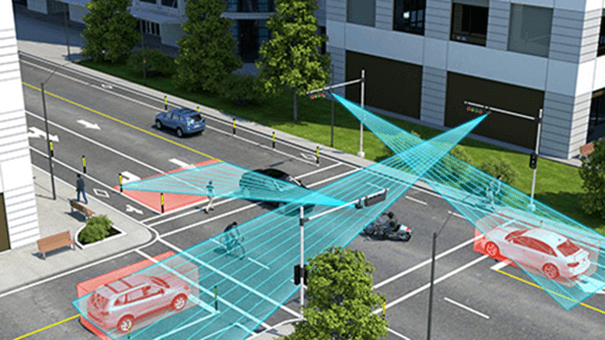 Intelligent traffic signal control system solution, Forlinx Embedded provides a solution like this, in the roadside control cabinet of the traffic signal scene at each intersection, the traffic signal machine can use the relevant embedded ARM core board design of Forlinx Embedded, the recommended FET3399-C core board, a variety of AI framework support, Android 7.1 system, support Tensorflow Lite, Caffe and other AI frameworks It also provides an optimized equation case program (RKSSD) developed for deep learning object detection on the RK3399 platform, using hardware acceleration modules such as OpenCL and RGA to reduce CPU load. 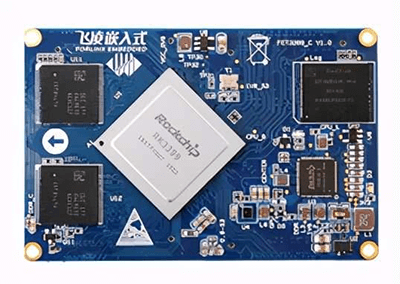 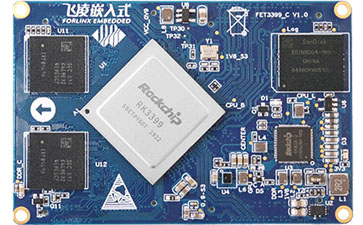