Use of universal GPIO

The operation of GPIO in an embedded system is the most basic operation. There is a common GPIO operating interface in Linux. In the imx6Q board file system there will be a directory to control GPIO: /sys/class/gpio;

Under the Documentation folder in the Linux-3.0.35 kernel is a GPIO .txt documentation to refer to. 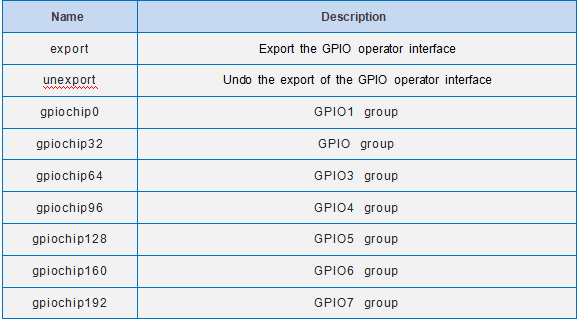 Among them, export and unexport are the properties files of the GPIO subsystem, while the remaining seven files are symbolic links (gpiochip0, gpiochip32, gpiochip64, gpiochip96, gpiochip128, gpiochip160, gpiochip192), pointing to their respective GPIO groups. In the case of gpiochip0, the files in this directory are:

Before we can operate a GPIO, we need to write the GPIO number to the port file to export its device directory. The formula for calculating the GPIO number is as follows:

Here's how to use some of the actions in this directory.

The command succeeds in generating /sys/class/gpio/gpio195 directory. If no directory appears, this pin is not exportable, typically due to incorrect configuration of the pinmux feature in the driver, or conflict caused by the configuration of multiple pinmux functions.

3.Configure the input and output direction of GPIO

Direction can receive parameters: in, out, high, low; where high, low sets the direction to output and sets the value value to 1/0.

When gpio is configured for output mode, you can set the high and low level of gpio by setting the value value.

6.View the output value of GPIO

Take, for example, the release of some of the pins occupied by the original SD card function:

Modify the file arch/arm/mach-mx6/board-mx6q_c_sabresd.h, with the following definition added:

Comment out the functionality of the original SD card 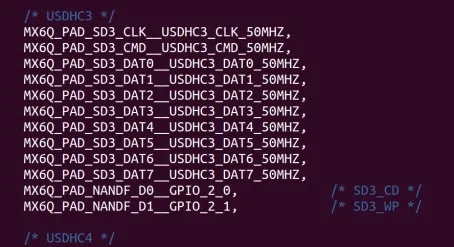 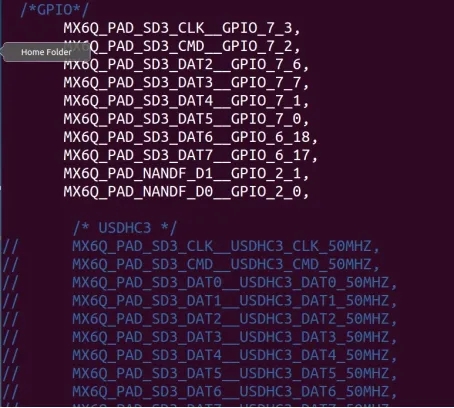 Once the modification is complete, recompile the kernel and burn the image to the iMX6Q board for testing.

Chapter 2 of the manual, Memo Maps Memory Mapping, is approximately 215 pages long and has mapping addresses for GPIO groups:

Page 1429 of Chapter 28 of the Data Sheet describes the eight 32-bit registers controlled by GPIO.

i.MX6Q Data Sheet 36 IOMUX Controller chapter is interested can also be looked at in detail or from the network to find some relevant information to understand, not detailed here

4, parameters to find the configuration method

In the fourth chapter of the manual, looking for EIM_A22, you can see that the alt Mode required is ALT5, and the parameters that the Pad Settings need to configure are PKE-ENABLED, corresponding to the Pad Registers for【SW_PAD_CTL_PAD_EIM_ADDR22】 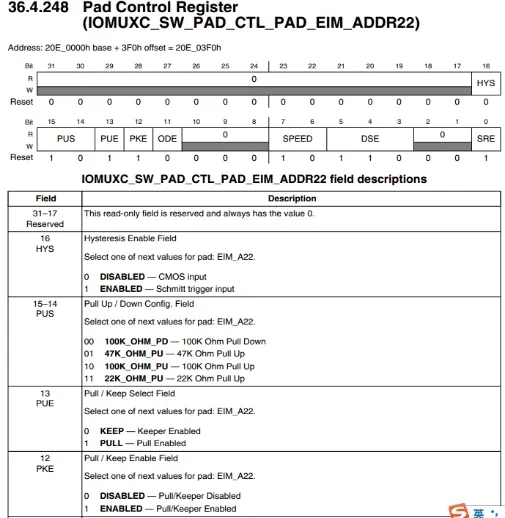 The manual looks for the corresponding MUX Control Registers (IOMUXC_SW_MUX_CTL_PAD_EIM_ADDR22). You can see that the configuration value for the specific configuration mode ALT5 mode is 0x05UL. 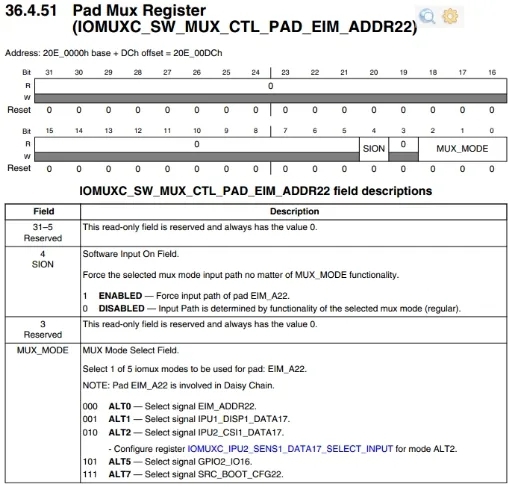 Appendix: Reference to the handling of common GPIO debugging issues

1. If The Event of Device or resource busy occurs during GPIO export

2. GPIO can be exported, but when used, various functions are not normal 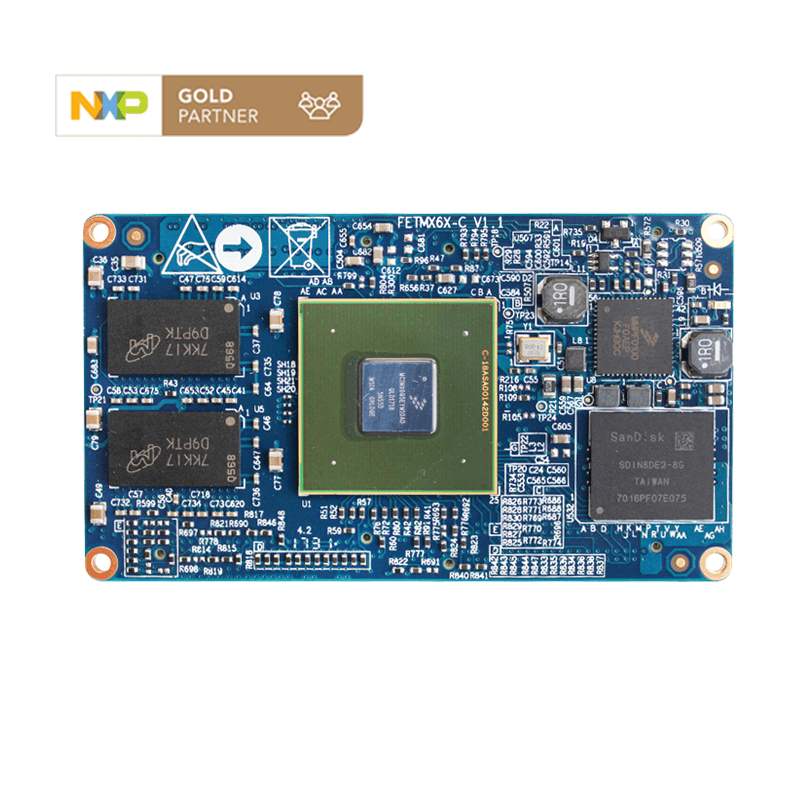 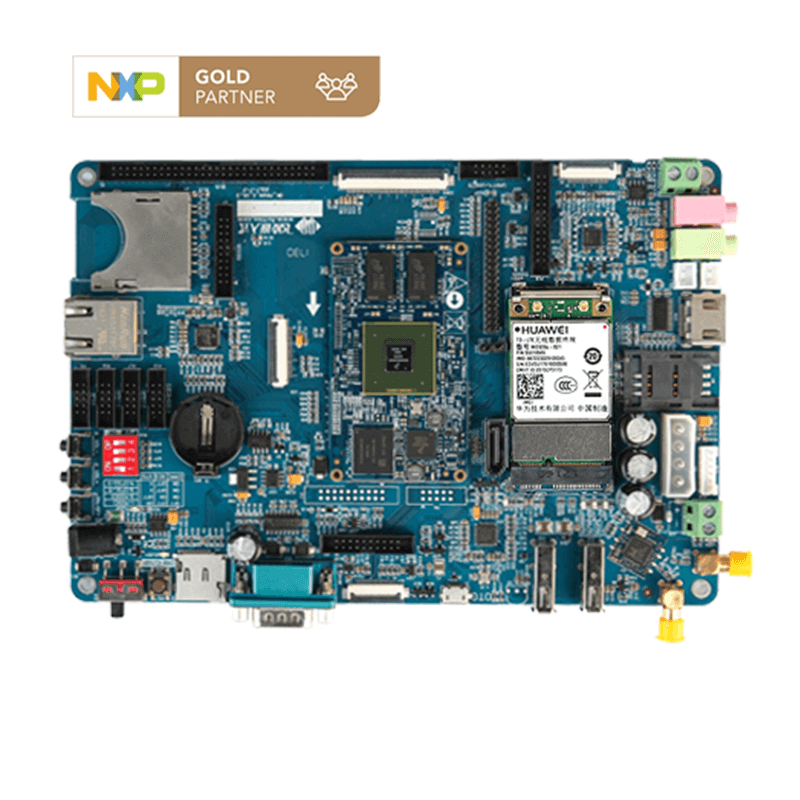 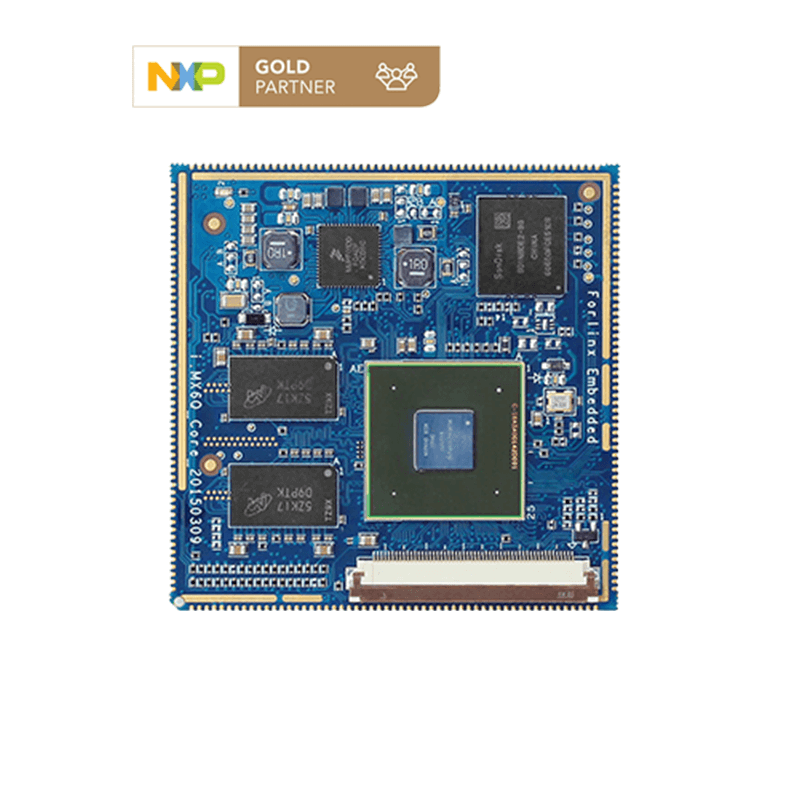 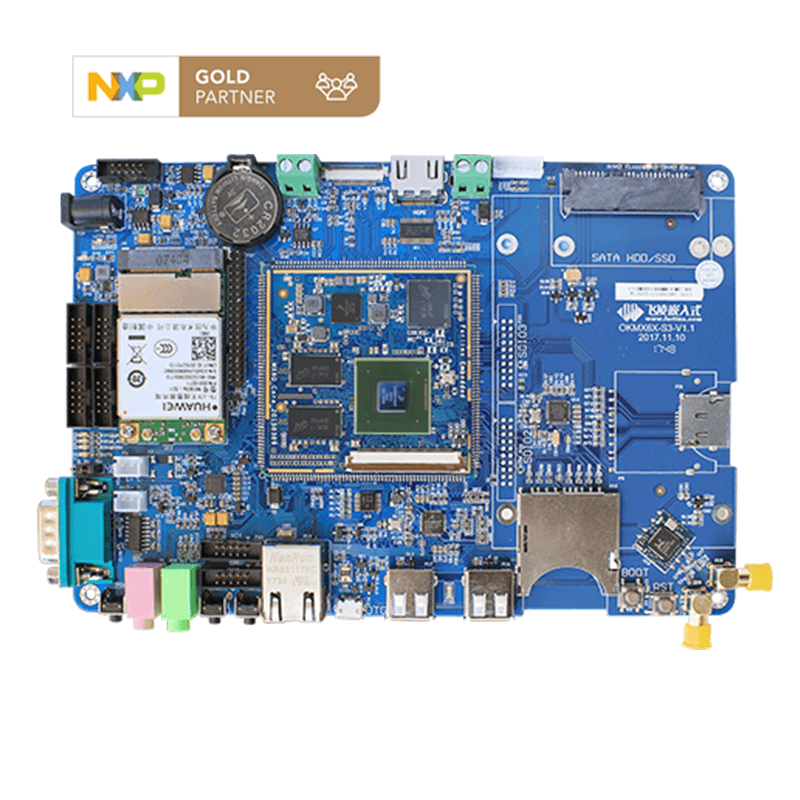