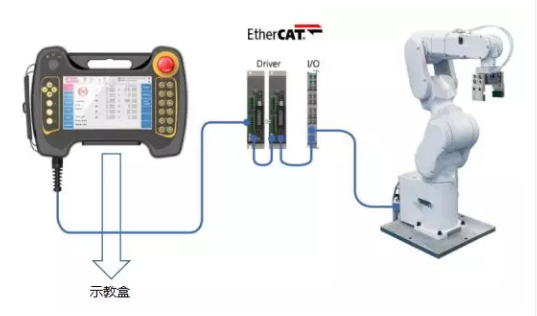 From the above picture, we can learn that by a teaching box, we can send a reminder or talk to the robot; and by the teching box communication command, we can control the target servomotor.

Considering the capacity variance of operators, to satisefied demand from different operators, a good teaching box should be friendly, easy-to-operate, touch-sensitive and as many functions as possible.

FE T335xD is a system on module designed by Forlinx based on TI Sitara series processor AM3354 which belongs to Cortex-A8 architecture and frequency 800MHz. All components on the SoM are industrial grade which allow the SoM can work well in -40℃ to +85℃. It has on-board RAM 512MB DDR3 and flash 256MB NANDFlash, and also designed with MPU TPS65217C. The SoM has 200 pins available for scalablility. 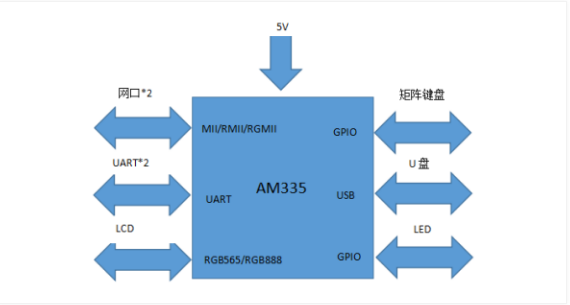 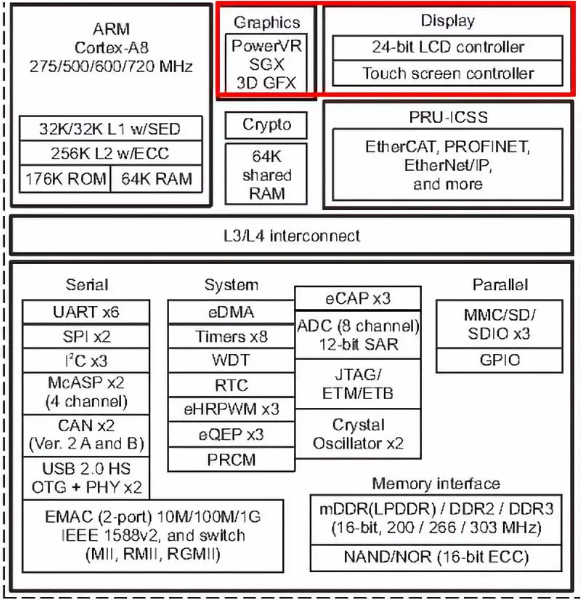