This article is about the problems and questions that occurred during the development of Forlinx rk3568 SoM/SBC. Hope it’s helpful for you to solve problems at the first time when using RK3568. If you have other questions which is not mentioned here, please leave a message online. Forlinx will help check it. 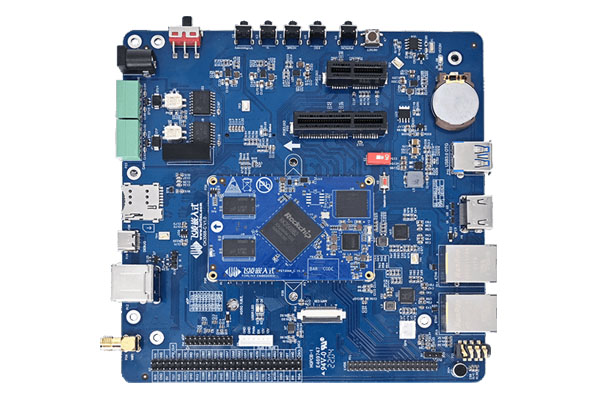 Q: How to check current CPU frequency of RK3568 Single Board Computer in RK3568 Ubuntu?

Q: RK3568 Linux exits with an error when buildroot compiles qt5webengine 5.14.2, what is the reason?

Q: Where is the location of cross-compilation tool in RK3568 Linux source directory?

Q: RK3568 Linux uses MIPI screen, but no response to touch, what is the reason?

Q: RK3568 Linux/Ubuntu is connected to HDMI screen but nothing is displayed?

Q: RK3568 Ubuntu access screen, but does not have application icons and taskbar?

Q: PCIE3.0 external crystal oscillator is not designed on your carrier board of RK3568 Linux/Ubuntu/Android, which causes system to restart infinitely?

Linux is a pure version of system, and Forlinx has adapted weston desktop system for it. It lacks many common tools and commands. It is recommended that engineers with Linux development experience use this system. At the same time, Forlinx provides PC cross compiler. Qt application can be ported and used after the development is completed on PC; 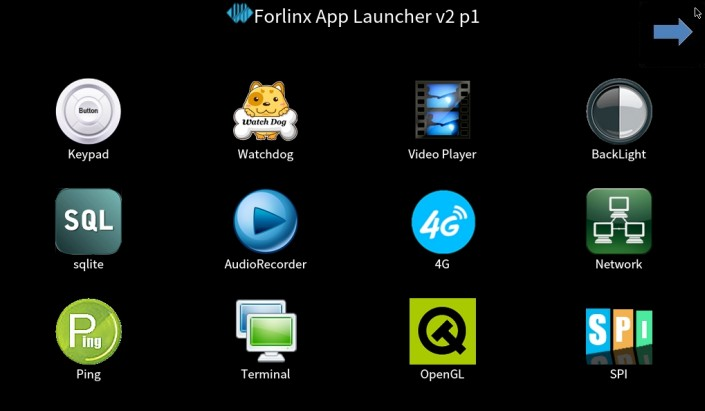 Forlinx Desktop (Ubuntu) runs Lubuntu. Ubuntu's official operating system for embedded devices. The Lubuntu used on OK3568-C Single board computer is Ubuntu LTS 20.04. It has apt-get, ldd and other commonly used commands. It is recommended for beginner to use it. He can directly deploy Qt Creator application on RK3568 single board computer for Qt application development. Forlinx doesn’t adapt to PC development environment for it. Capable user can build it by himself. 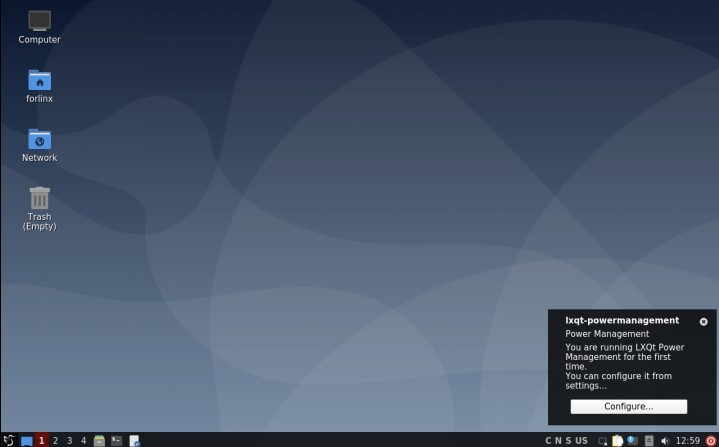 Q: How to check current frequency of CPU in Ubuntu?

A: You can use following command:

Make sure data cable is not connected to virtual machine

Try with another data cable

Use Type-c data cable to connect rk3568 single board computer and PC.

Please do not connect to Debug port. Type-c interface is on the back of rk3568 single board computer (OTG interface is below USB3.0 interface)

Check if OTG driver is installed--DriverInstall.exe

Make sure data cable is not connected to virtual machine

Try with another data cable

Note: after whole compilation is completed, do not move source code path or rename it. Otherwise it will cause failure if recompile source code.

Check if PC is win10

Check if wmware version is 15

Use ping www.google.com or open browser URL to check if network is normal.


Q: RK3568 Linux exits with an error when compiling qt5webengine 5.14.2 in buildroot, what is the reason?

A: The reason is available running memory of VM is not enough;

Forlinx provides minimum VM configuration, 8G RAM and 200G storage. Many users' hosts only have 8G, which causes this problem (if host has only 8G, even if VM is set to 8G, it is actually not enough for 8G. Host Running also requires memory, so please ensure host running memory is 16G or above). Some users have modified the number of cores and memory size of VM image configuration provided by Forlinx. Some set 10G to avoid this error. So if this error occurs, you just need to increase available running memory of VM.


Q: Where is cross-compilation tool in RK3568 Linux source directory?

For normal use by users,Forlinx recommends to use aarch64-linux-gcc and aarch64-linux-g++, in OK3568-linux-source/buildroot/output/OK3568/host/bin. The library file path searched by the compiler is in OK3568-linux-source/buildroot/output/OK3568/host/aarch64-buildroot-linux-gnu/sysroot/usr, you can update the configuration and add some compiled libraries in buidroot in real time.

Of course, OK3568-linux-source/buildroot/output needs to be fully compiled before it is generated.

The first compilation of source code takes a long time. In some cases users do not want to perform full compilation, you can try to use aarch64-linux-gnu-gcc and aarch64-linux-gnu-g++ in OK3568-linux-source/prebuilts/gcc/linux-x86/aarch64/gcc-linaro- 6.3.1-***-gnu/bin. For related information of gcc-linaro-6.3.1 and gcc-buildroot-9.3.0, you can check OK3568-linux-source/docs/Rockchip_Developer_Guide_Linux_Software_CN.pdf. It's Rockchip official documentation. Cross-compilation tool is in chapter 5.2.4 of this document.

Q: RK3568 Linux uses mipi screen, touch does not respond, what is the reason?

A: The reason is touch is on LVDS. To use MIPI screen for touch, you need to turn off LVDS video output through uboot screen selection. The factory image of OK3568 has three video outputs by default: LVDS, MIPI, HDMI, among which LVDS and MIPI Both support touch. In three-screen simultaneous display, LVDS is the main screen. The display of other screens is to "mirror" content displayed on main screen to itself. Touch actually exists, but touch point and display content really exist points are inconsistent, resulting in a phenomenon like no response to touch.


Q: RK3568 Linux/Ubuntu connected to HDMI screen but no display?

Use dmesg | grep edid in hyperterminal to check whether there is an error related to the failure to read edid. If read edid fails, there may be two reasons:

If HDMI screen itself does not have edid chip, you can check the method of fixing HDMI resolution in application note, forcing HDMI not to read edid chip and outputting at a certain resolution, which can also achieve normal display.

Note: Regarding edid, it is the chip that screen stores information about supported resolution.


Q: There is no application icon and taskbar when Ubuntu access screen?

In the case of multi-display in Ubuntu, other secondary screens are used as extended screens by default. There is no application icon and taskbar. Users who only access HDMI need to select HDMI as main screen in Uboot stage, and do not select secondary screen.

Q: RK3568 Linux/Ubuntu/Android: carrier board is not designed with PCIE3.0 external crystal oscillator, which causes system to restart infinitely?

A: Carrier board made by client does not have an external crystal oscillator on PCIE3.0.

Note: If flashing image on a carrier board without pcie clock chip, you can't just use kernel image boot.img. You need to fully compile and generate an update image for flashing. 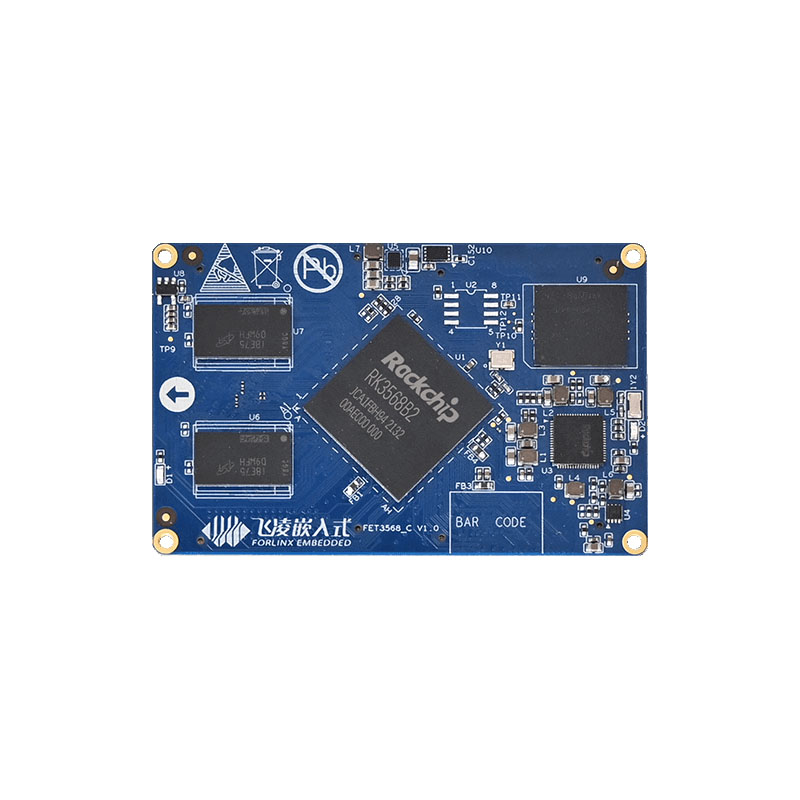 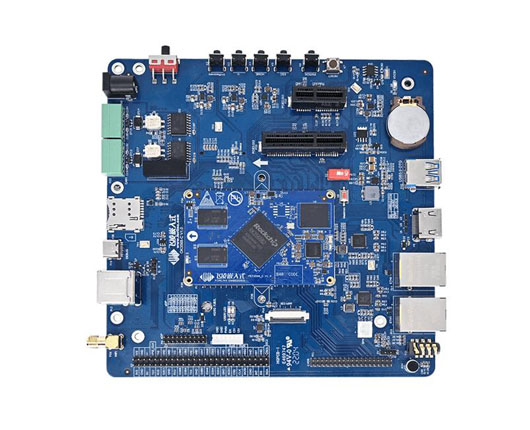